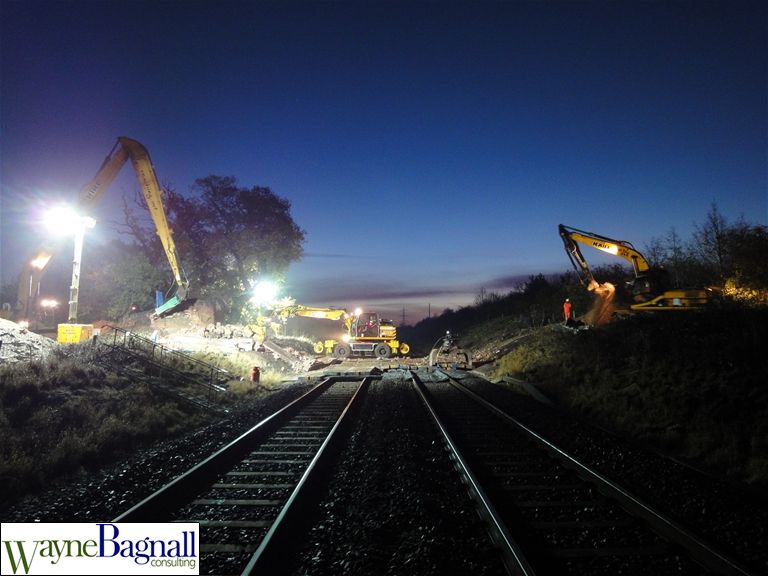 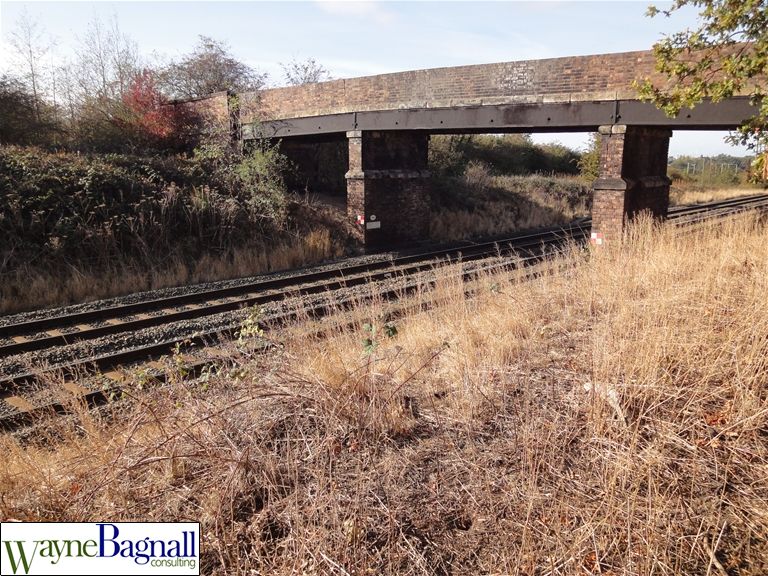 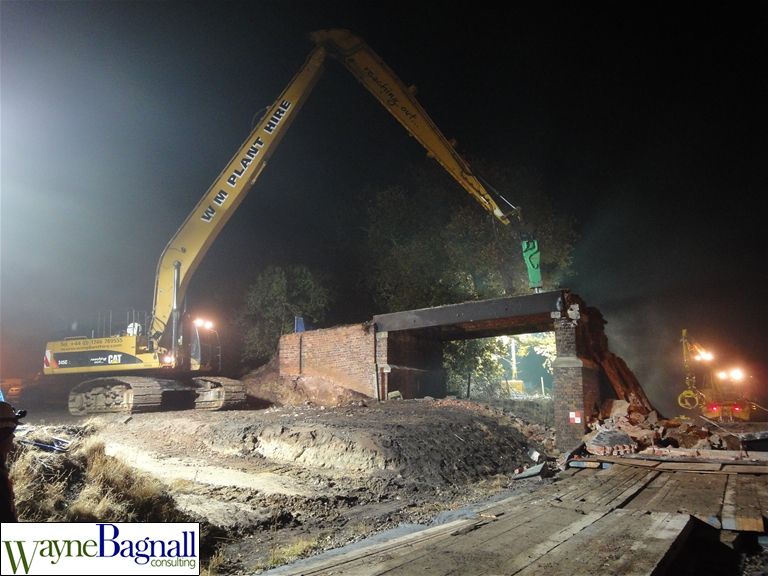 To assist Story Rail and Birse Construction (PC) in planning and managing an old Over Bridge demolition during a limitedtrack possession.

Having visited the bridge I reviewed the pre construction information supplied by Network Rail and identified possible inaccuracy in the metal beam weights.

I insisted that these be re-checked as the bridge was in a poor condition this had to be undertaken from existing drawings, old records actual measurements; this was done by the client and confirmed my concern that the weights had been under estimated by a siginificant large factor.  The weights were revised and the lifting plan amended, however I also suggested that these beams may well be brittle Cast Iron and therefore likely to fracture whilst removing the masonry jack arched infills.

The beams turned out to be Cast Iron that broke as predicted, however, this was of little consequence as the protection to the running rails was substantial (Form C), in fact the programme was accelerated with a completion well ahead of the possession programme window much to the delight of everyone.